The Spencer Tornado of 1998

A couple hours after a tornado tore through the small town of Spencer, South Dakota, in May 1998, Ed Henningsen stood anxiously at a road block, waiting to help residents and survey the damage of Security State Bank. “It was hard to imagine this was for real,” recalls Henningsen, who worked at Security State Bank in nearby Alexandra and came upon a destructive scene that morning.

Six people died in the F4 tornado, which cut nearly a half-mile wide swath of destruction through the rural town of almost 400 people. 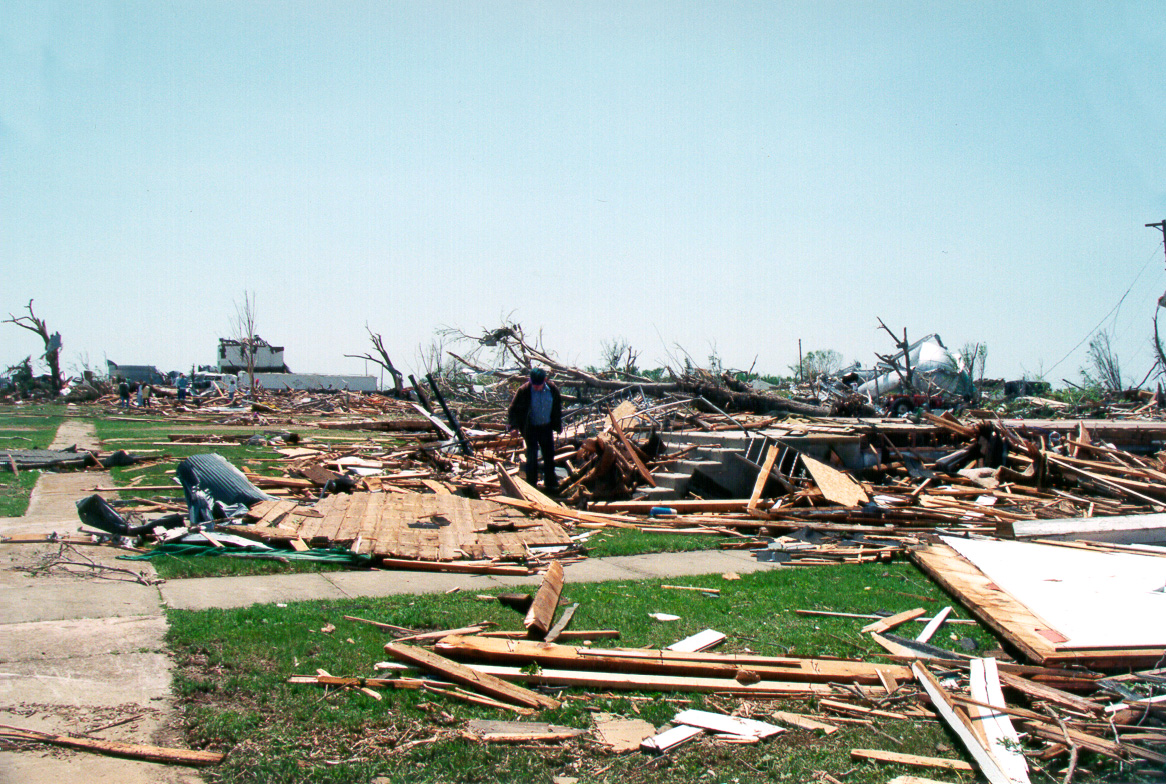 When they were allowed back into the town, Henningsen and a co-worker found that the bank had suffered extensive damage. “It was surreal,” he says. “The north wall was gone. The windows blown out. The roof was gone. I picked up a computer and water began to run out of it.”

But it was a phone call a couple days after the storm that also left a lifelong impression on Henningsen—South Dakota Community Foundation (SDCF) reaching out with a generous offer.

They wanted to give $1,000 to each Spencer resident, an idea that came from Philanthropist Paul Christen. Bernie Christenson, the executive director of SDCF at the time, gave the go-ahead and $327,000 was set aside for community members. “It was hard to imagine they were for real,” Henningsen remembers.

They quickly worked out the logistics, directing residents to the bank in Alexandria because the Spencer bank was too damaged. “We got started right away and it took just over a week before all of it was distributed,” he says.

The act of generosity was demonstrative of the impact a community foundation can have on a community, in times of prosperity or at the worst of times, Henningsen adds. SDCF continues to be a source of strength, scholarship and hope. “It’s a tremendous thing to be able to step in when people are hurting like that,” he says. “It was an amazing thing to see then. It is an amazing thing to continue to see now.”